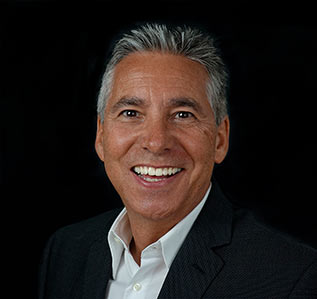 In pursuit of happiness

Art awakens, stirs emotions and quickens the heart. Its value for your wellbeing is immeasurable.

Gregor was born in Zurich, Switzerland. After boarding school in Estavayer-le-lac (French part of Switzerland) he attended four years at the prestigious art school of Zurich combined with an apprenticeship in jewelry design and manufacturing. Studying under Otto Schubiger at the renowned Fine Jewelry establishment of Baltensperger, Zurich. At the mere age of 20 he would go on to design an elaborate necklace that would earn him recognition as a promising designer.

At 24, Gregor immigrated to the United States where he planned to study English. He worked for two years at Mayor’s Jewelers, in Miami Florida. Shortly thereafter he began work on his own, actively designing and manufacturing jewelry over the next few years.

His artistic endeavors would soon require the use of computers and in 1993 he went on to earn a diploma in Software Engineering using the C/++ language. The advent of increasingly skill intensive computer technology allowed Gregor to carve out his own niche. He embarked on what proved to be challenging, new adventures that would require the development and design of advanced software for in-flight airline services. His artistic abilities gave him the extra edge needed to implement revolutionary Graphical User Interfaces.

Seeking to fuse this technology with his love of the arts he would go on to employ advance (Auto) CAD software and design a groundbreaking jewelry locking device that earned him a patent. In addition, he was also involved in several industrial design projects.

In 1999 Gregor founded Oxsys corp. A company that developes internet software and websites.

Gregor’s true love and passion is art and design. Today he is in the process of designing new, never seen before, creations that will truly strike your fancy. He feels that every object needs a purpose, a story if you will. Look carefully at his creations and you will find a hidden message.

Quite frequently he is referred to as the “Renaissance Man” for his ability to be a master in many arts.
18k yellow and white gold. Fingernails are precious blood coral. The center dandelion may be removed and worn as a pendant. Each tip is adorned with a diamond. The split of the hand is pavé set with diamonds. The metal was forged following century old techniques. Every aspect is made by hand, even the locking device. 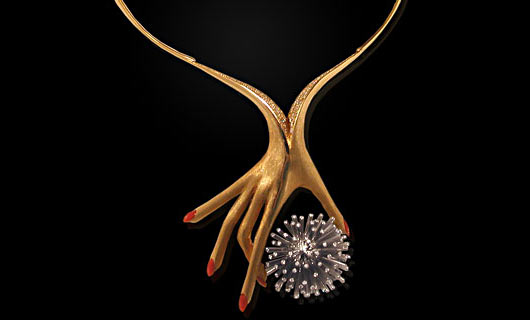 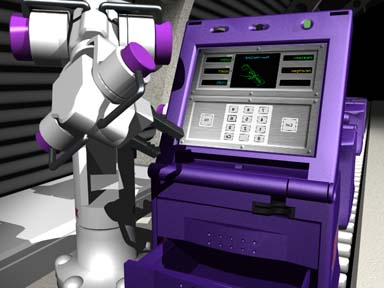 Industrial design for high tech in-flight POS (point of sale) device. Programming the GUI (graphical user interface) and the functionality. Utilizing C++ and Oracle DB. This image was part of a feasibility study. Gregor also ran simulations by first modeling (3DS Max) then render and animate the design. The device was later manufactured and placed in use with major airlines.
Swisslock is a high tech closing device. No particular closing position is required. To open the device the two ends need to be pushed together twice. Patent US 5459909. Please check Google patent. 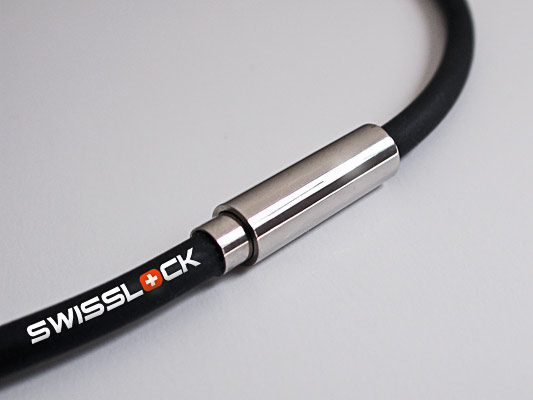